Hello, I am green again.

Continued from Art in Barcelona, Spain (1)

The first place a tourist would head to in Barcelona would probably be Passeig de Gracia. It could be described as a smaller version of the Champs-Elysées in Paris. There’s many restaurants and shops, but the main attraction is Antoni Gaudi’s Casa Batlo and Casa Mila (by the way, the beautiful lamp posts on this street were also designed by Gaudi). Due to budget issues, I was only able to go to Casa Mila (the entrance fees are slightly expensive, around 22 euros per house).

Casa Mila is a house designed by the famous architect Antoni Gaudi. The main features of this house are the wavy façades inspired by the Mediterranean Ocean, and the black metal balcony details, resembling seaweed. The towers on the roofs are chimneys, inspired by sea shells. It could be because I like heights, but the rooftop was very calming, and I stayed there about an hour just admiring the city. 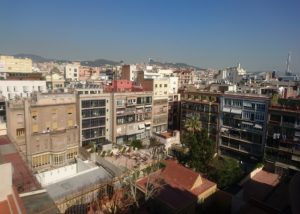 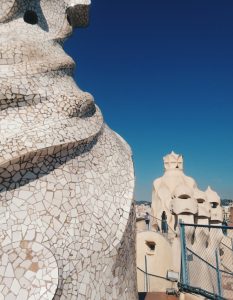 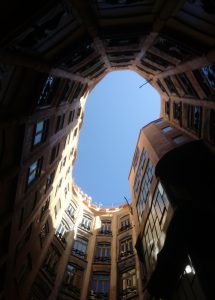 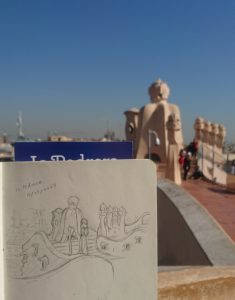 The building used to be a residence, but now it’s open to public as a museum. You can see the Gracia Avenue from the rooms inside. 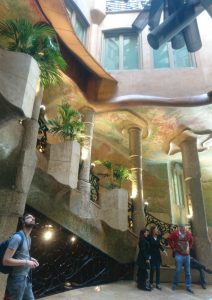 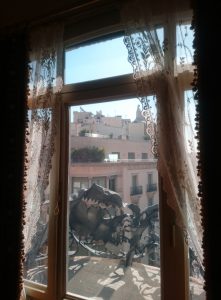 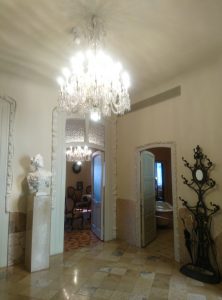 Related to Gaudi, I also revisited Güell Park (one of my personal favourites of Gaudi’s pieces). This is a beautiful park in the middle of the city, where you can enjoy beautiful painting-like views of Gaudi’s unique architecture overlooking the city. The mosaic area is packed with people, but the free area is slightly more peaceful, where some people come for walks.

The ‘snake’ mosaic bench and lizard and the mosaics under the bench area. The skyline of Barcelona here is amazing. 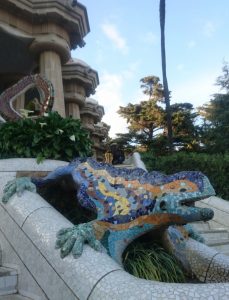 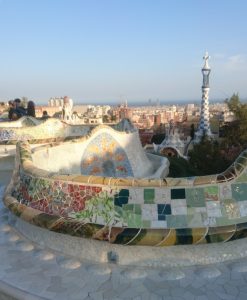 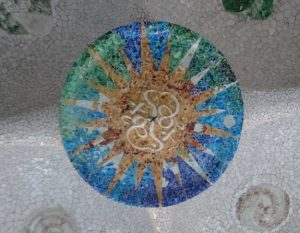 The free park area and my sketches.

The Picasso Museum is also a must in Barcelona. This is the only museum dedicated to Picasso that was built while he was still alive. They own over 4000 of his pieces, the largest Picasso collection in the world. The entrance fees for the permanent collection for students is free by the way. Last time I was here, it was for a field trip for my high school art class, but I didn´t get to appreciate his works as much so I decided to come back. The photos are of the museum’s building from the outside, the Cathedral, and an alley in the Gothic Quarter, all in the same area as the museum. Also, I didn’t have time to go, but there’s also a tiny Dali museum, walking distance from the Picasso Museum.

One of my biggest discoveries in this trip was that Japanese students ID (I’m assuming other countries as well) are accepted in museums here. In most museums in Spain, there’s either no entrance fee, or a discount for students. Any students out there planning to go to Spain, don’t forget to take your student IDs with you!

Since I was spending most of my trip in museums, I decided to take a break and go to Sitges, a beach area in the outskirts of Barcelona. My friend and I took her convertible so we had an amazing trip singing out loud, enjoying the sun and the beautiful views, but we wasted about an hour trying to find somewhere to park so I recommend taking the train there…

The ocean is clear and beautiful, but since it was still a little cold to go in, we just laid on the sand to get a nice tan.

This post is getting a little long and since I like to save the best for last, I will talk about my favourite visit of this trip in the next post.